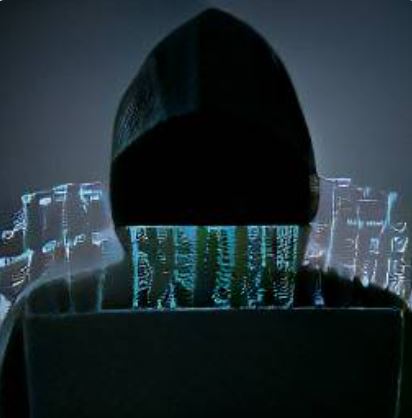 Businesses are losing billions of dollars every year because of ad fraud. Fraudsters are placing ads as if they were a legitimate company, driving customers away from legitimate advertisers who pay for their ads.

Advertising fraud can be hard to identify, especially because it's so lucrative for these criminal organizations. With more companies getting into the digital space, it is hard to tell if the company advertising on your website is legitimate.

Ad fraud cost is a big issue for businesses because most of them pay for online ads based on how many times the ad gets viewed. Because of this, fraudulent ads are costing legitimate businesses money that they are paying for real ads.

One way to protect innocent businesses from ad fraud is through blockchain technology. Blockchain is a modern technology that has the potential to disrupt most of the tech space, including the world of digital advertising. Some refer to this as Web 3.0, Bloomberg has described the term as "hazy", but they revolve around the idea of decentralization and often incorporate blockchain technologies, such as various cryptocurrencies and non-fungible tokens (NFTs).

What is Blockchain Ad Fraud Solution?

Blockchain technology has the potential to help prevent online fraud by keeping track of digital ads that are placed by businesses. The ad would be validated through a blockchain, and there would be a record of all the transactions made, like who approved it and how much money was paid for it. If a transaction fails or if the account is hacked, all these transactions can be extracted from the blockchain to determine exactly how much money was stolen.

Instead of paying for ads per view, businesses will pay for ads by the minute. This is because on a blockchain network, all the transactions are public and visible, meaning that businesses will be able to see how much time someone spent on the ad. This can help stop fraudsters from using bots to view the same ad repeatedly and over again.

Another way to prevent ad fraud is through defining allow lists and deny lists of intended users. This means that the blockchain can restrict or approve the ads based on the company's data. Blockchain technology also allows businesses to build applications on top of it which will relate to its use as well.

Blockchain technology has a lot of potential to stop ad fraud, but what about the companies who are using blockchain for advertising? Ad platforms like Google AdSense, Amazon and Facebook offer their users more revenue when merchants install their ad extensions on their sites. These digital advertising platforms often pay the publishers directly and offer automatic CPC (cost per click) pricing.

The ad fraud problem is that publishers are often given an exceedingly small amount of money to start with, which can cause them to lower the quality of their services. They also need to constantly monitor ads on their networks, which is a lot of work.

Using blockchain can solve these issues, because the blockchain can help determine how much a user's computer views an ad. This way the publisher will know exactly how much the ads generated. If there are too many ads, then the publisher can have a lower quality ad or pay per view. If there is too little time spent on an ad, then there is something wrong with the network or ad itself, which can be quickly and easily solved by rebooting it on the blockchain.

Using blockchain technology to stop ad fraud has many benefits over traditional forms of digital advertising. The problem with using traditional methods of digital advertising is that they can often lead to ad fraud and other problems. Because of this, the internet could become cluttered with bad ads, which can be a huge problem for advertisers who want to reach their target audience effectively.

Blockchain technology can stop this by allowing advertisers to verify that the users who view their ads are real people. This means that companies won't waste money on fraudulent activity, and instead will focus on reaching out to their target audience. This helps improve the overall quality of online advertising since the advertisements can reach their intended audience.

Blockchain is also able to help stop ad fraud because it is decentralized. This means that there is no one person or company in control of the blockchain, and no one can hack into it. This protects advertisers from having to worry about their information being stolen or altered. It will also give publishers the ability to control who they want in their network, which can help create a better-quality audience for them.

Blockchain technology gives advertisers complete control over their ads. This is because all the information about the ad is stored on a blockchain, meaning that advertisers will have an easier time showing it to their target audience. It will also allow marketers to easily track how much an ad was viewed, which can help keep them from paying for fraudulent activity.

There are many more advantages to using blockchain technology in advertising that affect both publishers and advertisers. Because of this, it makes sense that they should be used together to create a better online advertising ecosystem.

There are several ways that this blockchain solution could work. It could be built in a centralized way, where the blockchain is controlled by a trusted entity. This way, the blockchain would run on a server that was owned and under the control of the publisher, who then gets paid to use it.

Another way to build this solution could be to let everyone on the block chain see what ads have been placed and how much time they got viewed by them. In theory, this should create a better online advertising ecosystem where the cost to advertise is much lower.

Blockchain is still in its early stages of development, so there are many challenges that it will have to overcome before it can be implemented on a large scale. Some of these challenges include helping companies adopt blockchain technology and getting advertisers to become comfortable using ad fraud solutions on the blockchain.

Although there are many challenges, the future of blockchain advertising looks very promising. The technology has a lot of potential to stop ad fraud, and if it can be implemented as expected, it will lead to a more effective online advertising ecosystem.