Virtual Court | Legal proceedings from the Comfort of you Your Home
The idea that we could all be involved in courtroom proceedings without ever leaving our homes seems like something out of science fiction. 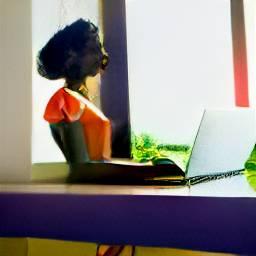 The possibilities for virtual court systems is explained by Sarah-Elizabeth Hansen Fry, Vice President of Law Enforcement and Criminal Justice at Microsoft, who says: "Some people think virtual court systems are too slow, but they're not. A lot of people are skeptical about how the Internet can replace things like juries and witnesses."

As the digital revolution continues to unfold and new technology advances, it only seems natural that one day we would all be able to be involved in legal proceedings online.

Virtual courts in theory work in a very simple way; they offer people with legal issues access to their state's legal system online. A virtual court is also known as an online court, e-court or virtual hearing. Although, I could find no universally accepted definition [of a virtual court]. The term has been used to refer to a wide range of applications and initiatives. A significant number of "virtual courts" are no more than websites with information about the law and information about how to access traditional justice systems; frequently these sites provide links that direct users to existing online and traditional services. Other virtual courts have created their own sets of rules and procedures, and have adopted their own formats in order to limit costs. They may allow users to ask questions and participate in cases that they cannot do through traditional court proceedings.

For example, the University of Washington School of Law, "virtual courts are not 'online courts' in the sense that cases are decided and rulings issued by judges". Instead, this model focuses on the access to justice issues solved by technology for connecting members of the public with information about their legal rights and responsibilities and with other parties to disputes. Online information and communication technology has been widely shown to improve access to justice, in particular for people living in remote areas, for victims of domestic violence, and for people with disabilities."

Additionally, In Mississippi the MSATJC website http://msatjc.org offers Mississippians free information about legal rights. Another non-profit "The Mississippi Volunteer Layer Project" http://mvlp.org hosted virtual clinics during COVID via zoom and through an online portal "Built by BeCloud" MVLP utilizes cutting edge technology to connect pro-bono attorneys with public need. As more and more residents gain access to fast Internet speeds, I wonder if technology will continue to improve and/or provide a more convenient method of improving Mississippians "Access to Justice" outside of COVID emergency use authorizations for technologies used in virtual meetings.

Chief Justice Randolph of the Mississippi Supreme court commended trial courts during the pandemic for going above and beyond the call of duty to keep courts open. The courts used Zoom and similar virtual meeting forums to patch together workable equipment for hearings. What if we came together to standardize the technology stack so that as more Mississippians gain greater access to fast Internet connectivity the courts could be ready to move forward with a more streamline process for remote, convenient and robust Access to Justice?

So why does this matter? It matters because the majority of people who are accused of a crime are unrepresented or have a public defender. It matters because online court systems could better serve the population by providing them with information on what their legal rights and responsibilities are. It matters because many times, when a criminal defense lawyer is involved in a case, the outcome could be unfavorable for the client. If technology is deployed correctly in the court systems participants could reduce the time and expense associated with traveling, child care cost, work lost or other day-to-day costs individuals incur when participating in traditional court proceedings.

One of the first virtual courts was set up in 1982 as part of an educational project at Tampa's Hillsborough County Courthouse. This "wired court" allowed residents to attend hearings using remote-controlled video monitors. There were four people involved in this system and it was used for real estate and probate cases – which are complex legal cases involving wills and estates worth over $200,000.

Over 30 years later, we're not much closer to true online courts.

In 2009, Microsoft unveiled its virtual court platform in Washington State. According to Microsoft: "Washington's virtual judicial branch leverages online interactive video technology to help make Washington's judicial system more accessible and efficient. It enables citizens to resolve legal issues without having to come into a courthouse, or even leave the house. The goal is to make the judicial process as cost-effective and as easy to understand as possible for our citizens, while providing a more effective means of completing their judicial business."

In the United Kingdom and England, there are currently six virtual courts that are in use. According to the National Association of Judiciary Courts (NAJC), "virtual courts are not intended to replace traditional courts but rather provide an alternative method of service for those who wish to use them but cannot afford or find it convenient to attend court.

Future standardized virtual courts could use digital technology to deliver a flexible, cost-effective alternative to traditional court procedures. Many of the benefits are:

– Users can access proceedings from home or in their own time.

– Users can involve other people in their cases; for example, family members, friends or work colleagues.

– Users can proceed with the case without having to continually travel to attend hearings. This can be particularly beneficial for users who are dependent on public transport and have difficulty getting around.

– Users can get legal advice and representation if they need it by using a Virtual Legal Adviser."

But, research also shows that additional training to judges and other considerations may be required to make sure judicial proceedings remain fair in a virtual courtroom. The "Brennan Center For Justice" list several key areas of concern:

- Attorney-client communication may suffer reliable private communications during remote video proceedings must be allocated for.

- Procedures for cross examination need to be established

The use of video conferencing technology during the Covid 19 pandemic has been a valuable tool nationally and in Mississippi, but existing scholarship suggests reasons for caution about its expansion or long term adoption. More research is needed to evaluate potential impacts on outcomes in different cases with regard to access to justice considerations. While courts develop policies around these proceedings they should consult stakeholders including public defenders and prosecutors as well legal services providers, community leaders, knowledgeable academics and technology partners.

What is the difference between SaaS, IaaS, PaaS and DaaS?
​